Zarathushtra lived in an age where humans and animals were living under the oppression of dark powers. To alleviate the suffering of the living world, and for the sake of the highest righteousness -Asha- He brought the message of the all good God - Ahura Mazda. The world religions prior to Zarathushtra demanded the blood of animal and human sacrifice.

Zarathustra was a righteous man who promoted progressive social activism and social justice for all human beings, animals, plants, and the environment. The priests of the polytheistic religions prior to Zarathustra used their teachings to gain an unjust control over society.

The priests of the monotheistic religions after Zarathushtra are using fear, lies, and false teachings to maintain a wrongful control over modern day society - leading us into war, destruction of the environment, and the suffering of innocent beings. The modern world has turned it's back on the teachings of Zarathushtra. We live in a struggle between truth and lie. A divine spark exists inside each of us. We have the power to discern between truth and lie, right and wrong. Our purpose as humans is to refreshen the world and eliminate all manifestations of the lie.

There is a struggle taking place in the minds of men and women - the outcome of which determines the outcome of our world. The thoughts that we hold in our minds are the very root that determine what will happen. The world religions of today teach that good and evil are aspects of the creator. The world we live in today reflects that - we live in a world where good and evil are mixed together. The majority of governments, churches, mosques, and societies around the world demand that you worship a god who is good most of the time, but who occasionally gets angry to the point that adherents of such faiths would be enjoined into war and genocide.

The hymns of Zarathustra - all 6,000 words of it - have survived the tumult of 37 centuries. It is unanimously accepted by scholars that Zarathushtra was a real historical personage. When taking his influence on human civilization into consideration - It could be argued that Zarathushtra is one of the most outstanding characters in human history. 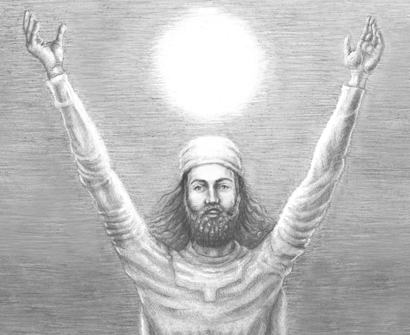